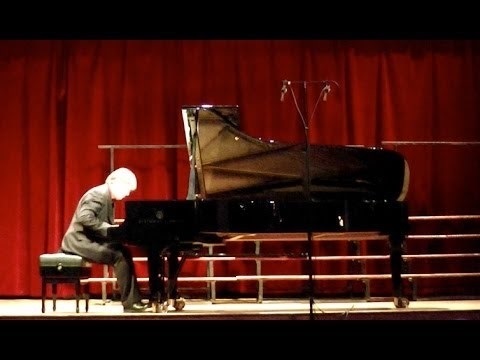 A Dash of Mess

Sometimes obstacles can lead to creativity.

Take Keith Jarrett, the famous jazz pianist for example; in 1975, Jarrett performed a concert at the Opera House in Cologne, Germany.  This very late night concert, organized by a 17 year old—Germany’s youngest ever, was full of setbacks.  It was scheduled at midnight, the only time the venue was available, and the piano that Jarrett requested was inadvertently substituted with an inferior one that was found backstage, and thought to be sufficient.  Upon arrival just a few hours before the start, Jarrett discovered the oversight and deemed the instrument unplayable, refusing to perform.  Because it was too late to substitute the piano, several hours were spent tuning it, although it was still “tinny and thin” in the upper registers, and the foot pedals didn’t work.  Further, he was fighting back problems and wore a brace, and hadn’t slept well in several nights.  After much pleading by the young promoter, Jarrett reluctantly agreed to go on with the sold out show.  He recognized his need to significantly improvise, and approached the event like none before it.  He played using only the middle section of the keys, and pounded exceptionally hard on the bass notes just to create enough resonance from the smaller piano to reach the upper audience.  In the end, the performance was enthusiastically received by the audience, and is now his most popular recording ever.

But consider this:  if he had used the piano originally requested, he most likely would have put on a good performance, as expected.  But because he was forced to step outside of the box and stretch his imagination, on this night he delivered a great performance.  His “normal” was disrupted, and from this he adapted.

Sometimes our financial lives can take unexpected turns as well, and like Keith Jarrett, we are forced to adapt; to make lemonade out of lemons.  Albert Einstein summed it up best when he said “No problem can be solved from the same level of consciousness that created it.”

If you are ready to explore your possibilities for a bigger future, call (785) 272-3900  today or email us at mark.reinert@lpl.com  and schedule a conversation like none before it!